just keep livin Foundation Founders Camila and Matthew McConaughey, along with Foundation staff, flew to Washington, D.C. last month to celebrate our organization’s continued partnership with the Washington Redskins Charitable Foundation. This event, held at FedExField on Monday September 12th, was dubbed a “Pre-Game Party with Matthew McConaughey.” The approximately thirty guests, including Redskins fans and supporters of both philanthropic organizations, attended a cocktail reception and informal Q&A with McConaughey before venturing down to the field to watch the teams warm-up before kick-off. Come game time, guests made their way up to the suites to watch the Redskins take on the Pittsburgh Steelers for the first Monday Night Football game of the NFL season. While unfortunately the Redskins ended up losing 38-16, the evening was still a success, with the proceeds raised going to support the Washington Redskins Charitable Foundation, the just keep livin Foundation and youth programs across the region. 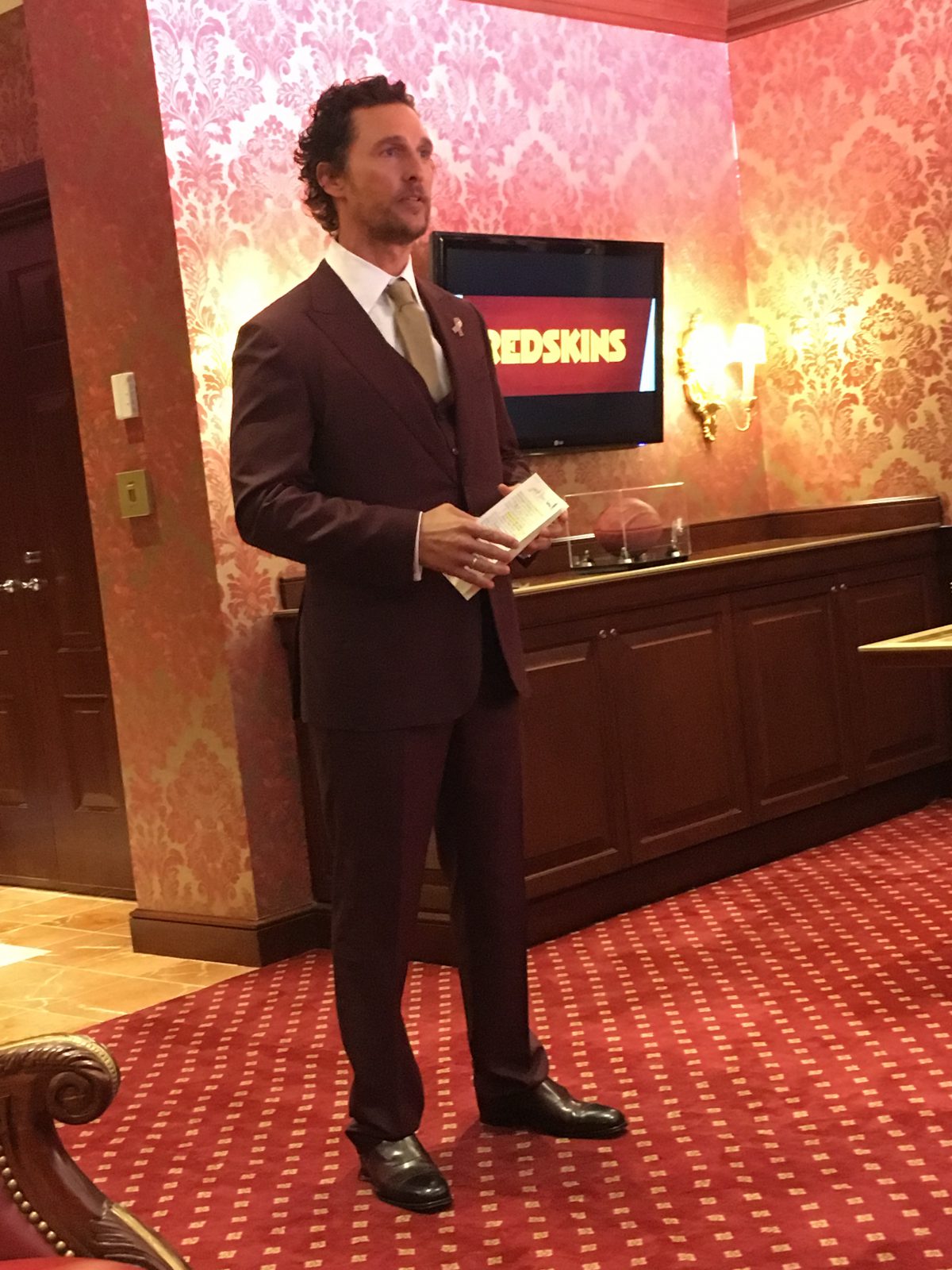