Miranda Lambert to perform at our Mack, Jack & McConaughey Fundraiser on April 20th

JUST ANNOUNCED – Miranda Lambert will be headlining the Mack, Jack & McConaughey (MJ&M) Gala on Thursday, April 20th! We are honored to be a selected beneficiary of this incredible event working to empower kids! Come join us in Austin for this exciting concert! Come enjoy the LIVE music on Thursday, April 20th for an exciting concert! Tickets are available to the public on Friday, February 3rd at 10 a.m. To learn more about MJM: www.mjm2017.com
Texas native Miranda Lambert has won seven consecutive Academy of Country Music Female Vocalist of the Year awards and was the first woman to have won the Country Music Association Awards’ Album of the Year twice.  Miranda has two Grammy Awards and has received 12 nominations.  Miranda is not only a success solo artist, she is also a member of the Pistol Annies.
“I am thrilled to join my dear friends for the 5th annual Mack, Jack & McConaughey event in April.  The impact of their effort is off the charts and I am glad to help.  We are going to have an incredible night.” said Lambert.
This spring marks the 5th year of the Mack, Jack & McConaughey event, which is the joint fundraising effort of our very own Matthew McConaughey, ESPN analyst and legendary football coach Mack Brown, and ACM award-winning recording artist Jack Ingram. Every year thousands of guests enjoy two full days of events all benefitting charities working to empower kids through health, wellness and education programming. On Friday, April 21st, MJ&M will continue with a golf tournament at Spanish Oaks Golf Club. Simultaneously, MJ&M will host a fashion show and luncheon chaired by Lifestyle expert and co-founder of Yummy Spoonfuls Camila Alves McConaughey. Friday wraps up with the Jack Ingram & Friends concert at ACL. In addition to the just keep livin foundation, funds raised at MJ&M 2017 will also support CureDuchenne, Dell Children’s Medical Center of Central Texas, HeartGift, and The Rise School of Austin. 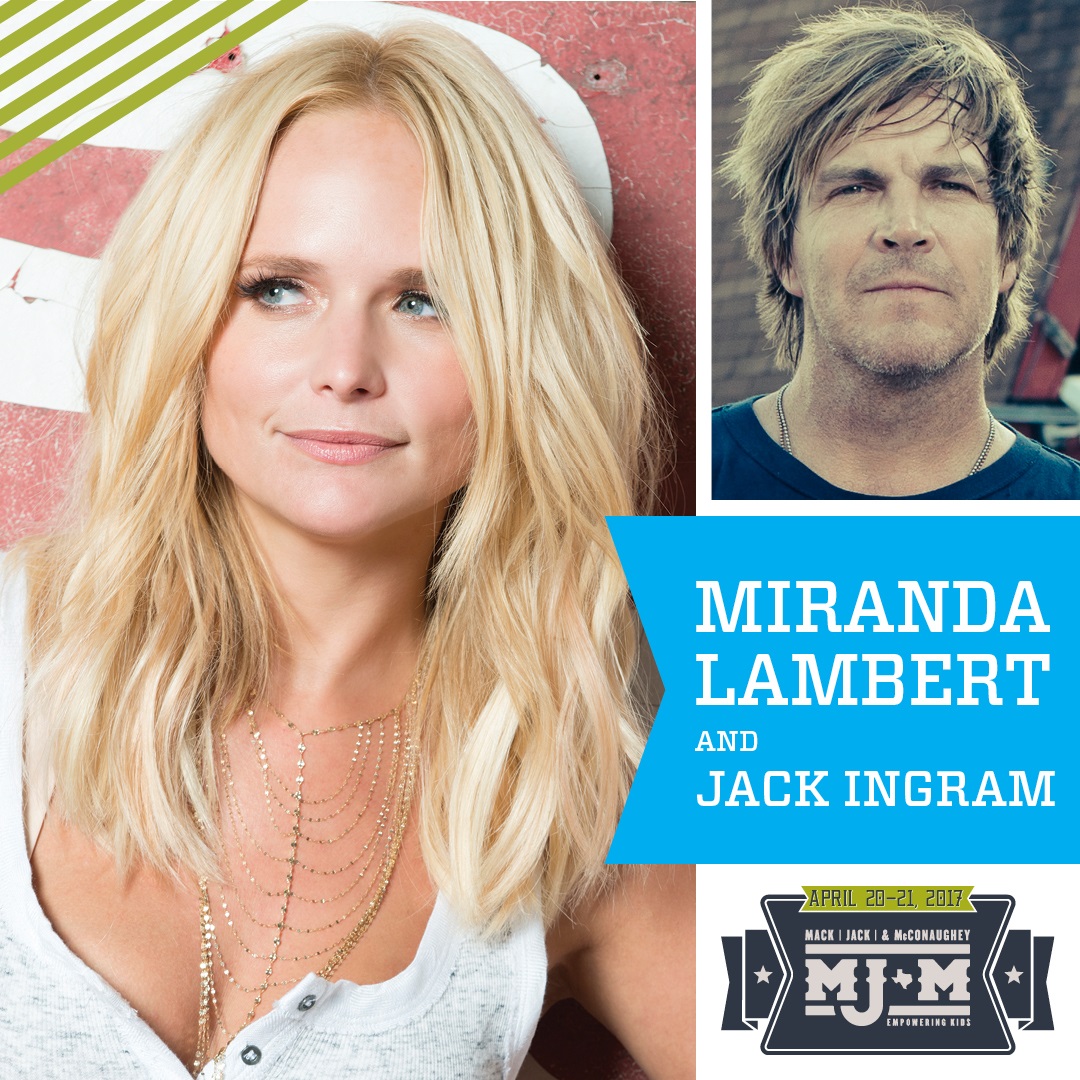