JKL Founder Matthew McConaughey recently teamed up with Mexican championship boxer Canelo Alvarez to encourage Spanish speakers to wear masks or face coverings when out in public.
McConaughey said after Austin mayor Steve Adler told him the message about wearing masks wasn’t getting to the Spanish-speaking community, he wanted to help change that. “I started doing research and found that the message also wasn’t sufficiently getting to the Hispanic population in Texas, the United States and in Mexico,” McConaughey said.
The PSA, “El Corona en la Lona,” urges viewers to stay home, but if that isn’t possible, to always wear a mask or bandana. “I needed to find a face and a voice that Hispanic communities could look-up and would listen to, so I reached out to Canelo and told him what I wanted to do, and fortunately he immediately agreed,” McConaughey said. 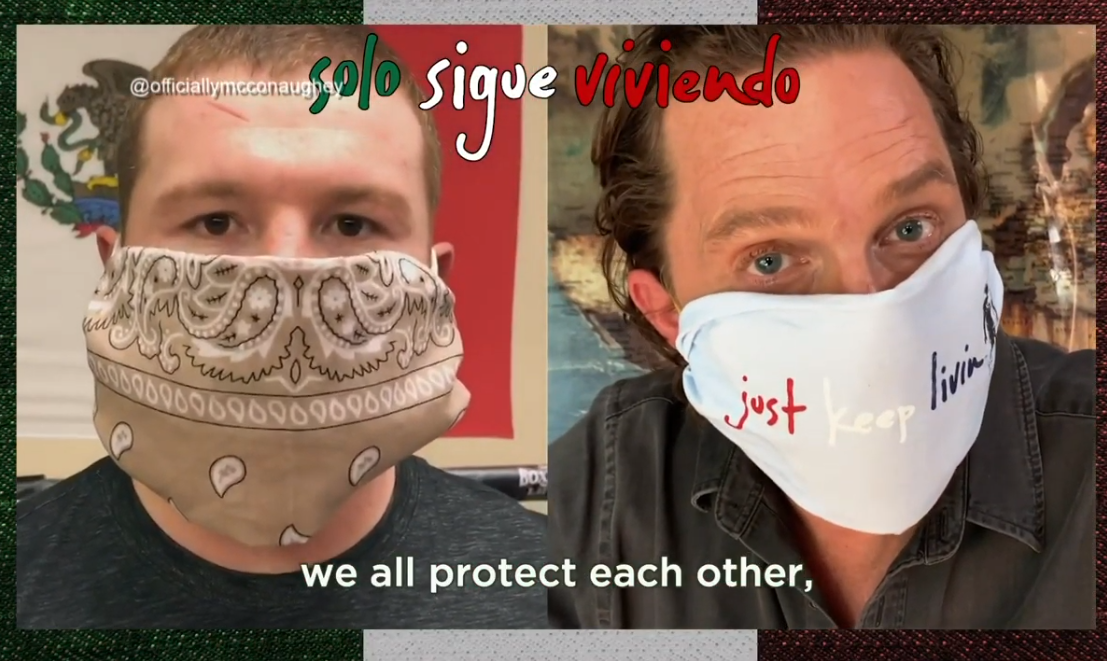