just keep livin Founder Matthew McConaughey honored with Creative Conscience Award
Our very own Matthew McConaughey was honored recently by Variety and the global philanthropy initiative unite4:good at their third annual unite4:humanity gala. Matthew received the Creative Conscience award at this event, which is given to an actor or director who takes their role in the entertainment industry and uses it to promote a cause that is personal to them. The event was held on Thursday February 25h at the Montage Hotel in Beverly Hills, CA. The award, which recognized McConaughey for his tireless philanthropy work as Founder of the just keep livin Foundation, was presented to him by longtime friend and just keep livin Board Member, Blaine Lourd. The unite4:humanity gala is an event where unite4:good and Variety join forces to award celebrities and community leaders alike for their commitments to philanthropy and humanitarian efforts. 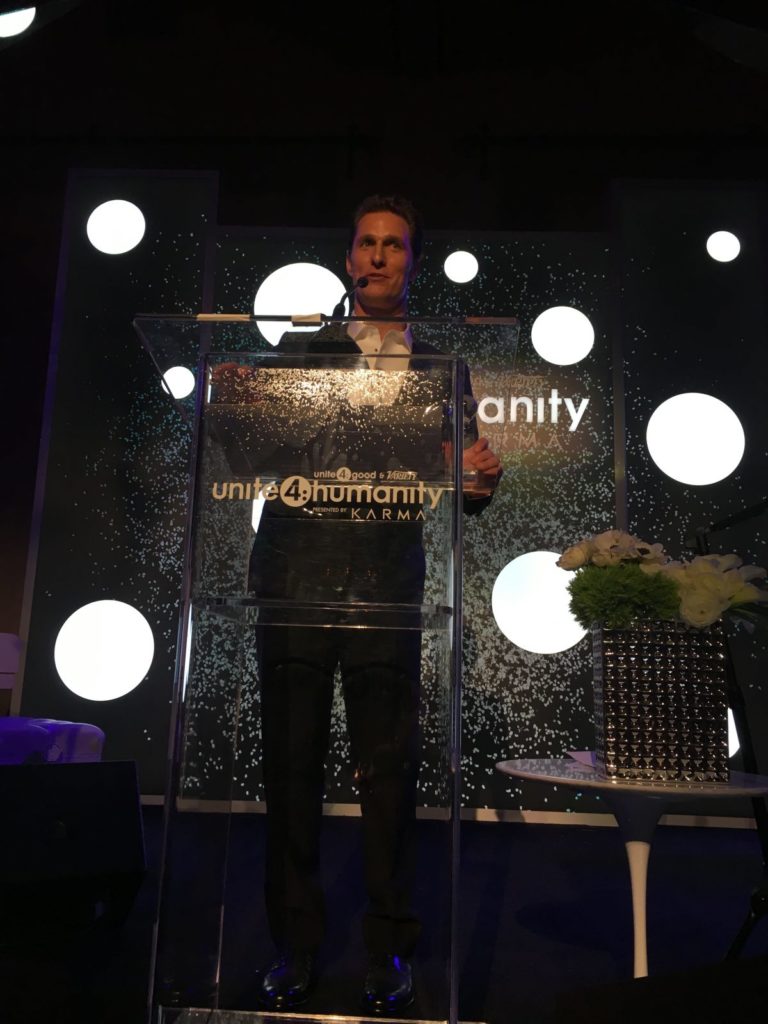